Mediaset Italia is the holding company of the leading Italian companies in terms of audience and advertising market share in the commercial television sector. It broadcasts three of Italy’s biggest generalist channels and has an extensive portfolio of free and paid thematic channels, both linear and non-linear, and OTTV. It specialises in the production and distribution across multiple platforms of entertainment, TV drama, films, news, sports, multimedia content and the sale of advertising. In the radio sector, RadioMediaset is the leading group in Italy in terms of ratings through five of the main national broadcasters. 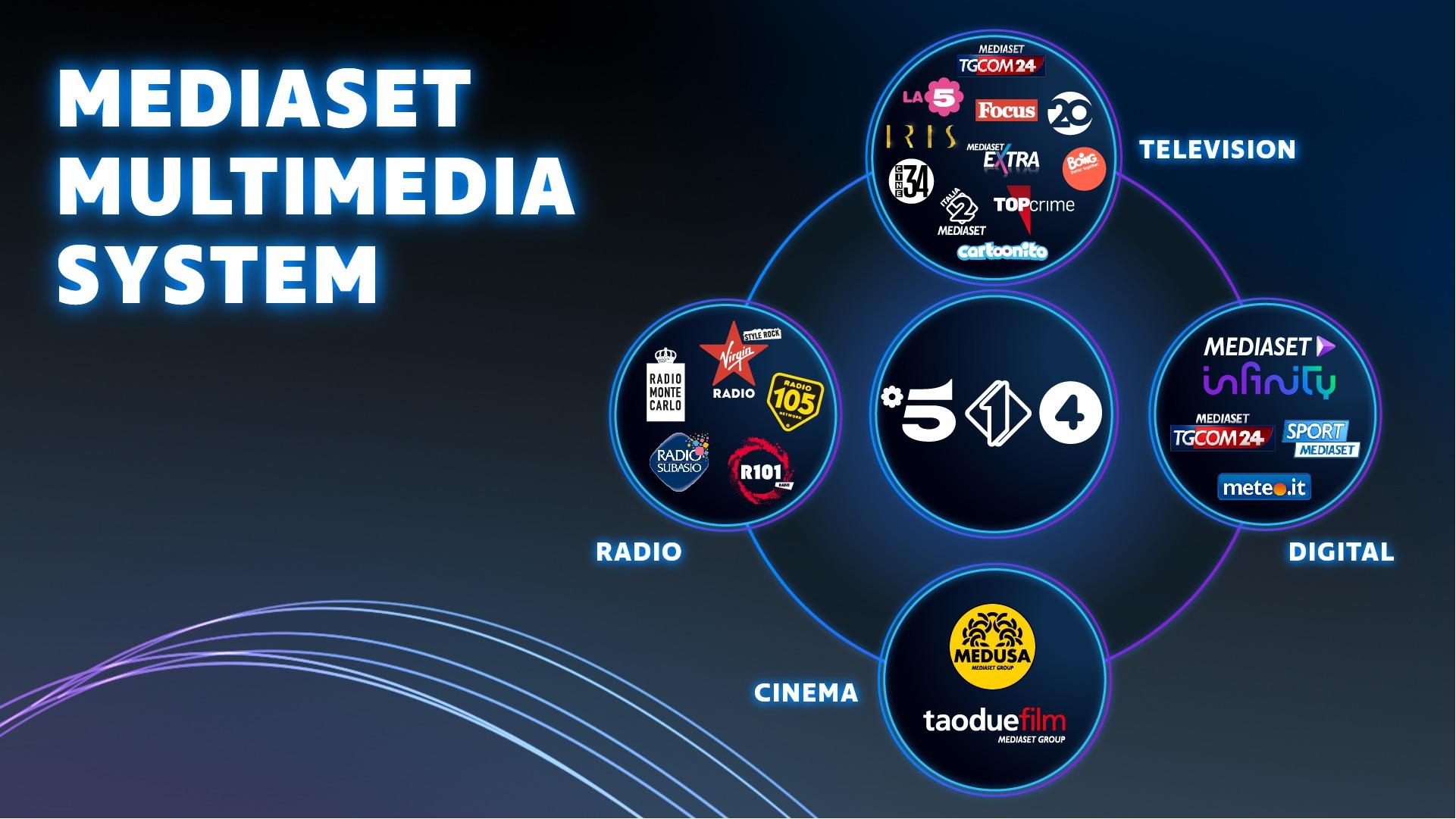 
THE BOARD OF DIRECTORS MEDIASET ITALIA S.P.A.